But before we dive into the code, let's introduce the basic concepts and terminology of deep learning! 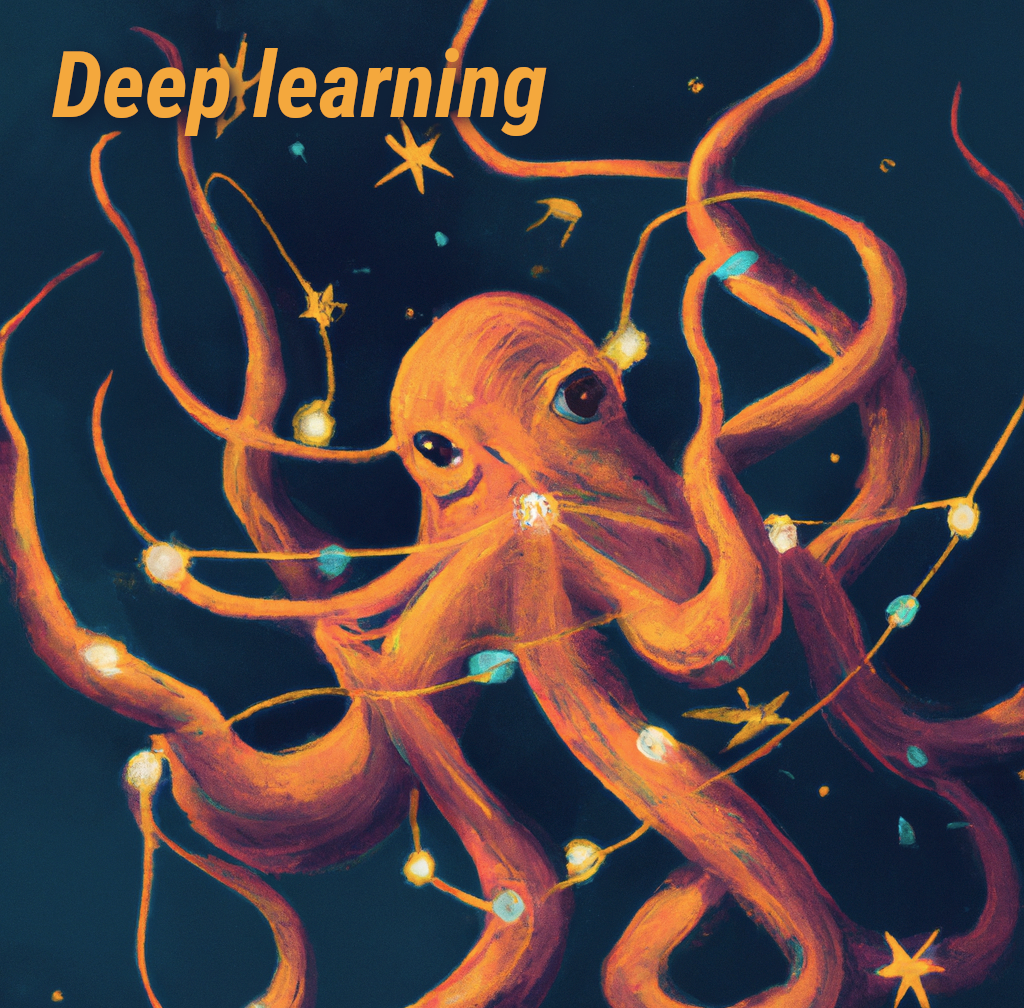 Brains are biological neural networks. A brain consists of about 100 billion brain cells, or neurons, which are connected to each other through about 100 trillion synapses. When a neuron becomes active, it sends a signal to all other neurons to which it is connected. In response, some of these other neurons become active themselves and send signals to yet other neurons. And so on, in a cascade of neural activity that, in a way that neuroscientists are only just beginning to understand (but still don't, really), gives rise to feelings and thoughts.

Figure 2. A simple artificial neural network consisting of three layers. We will build and train this network in the next tutorial.

A neural network consists of layers of neurons. A network is considered 'deep' when it consists of many layers. The term deep learning simply refers to the training of such deep networks.

In the next tutorial we will implement a shallow network, consisting of only three layers (as shown above in Figure 2). In subsequent tutorials we will work with a pretrained network (MobileNet v2) that consists of 157 layers. That's a real deep neural network!

There are many different kinds of layers that can be used in a neural network: dense layers, maxpooling layers, etc.

Figure 3. A typical convolutional neural network consists of many different kinds of layers, including at least one convolutional layer. (Source. license: CC-by SA 4.0)

How comparable in size are deep neural networks to the human brain?

Currently, even the most complex neural networks are smaller than human brains. VGG19, the biggest network that is available as a pre-trained net in Keras (the Python library that we will use for these tutorials) consists of about 140 million parameters, where this number corresponds to the sum of the number of neurons and the number of connections in the network. If we make the simplifying (and almost certainly incorrect) assumption that synapses and neurons in biological brains can similarly thought of as single parameters, then VGG19 is still a million times smaller than the human brain, although it does come close in size to an insect brain.

At the time of writing (June 2022), the largest neural networks are so-called Large Language Models, such as OpenAI's GPT-3 and Google's PaLM. These networks, which have been trained for text prediction (whereas we will focus on image classification), have hundreds of billions of parameters, thus—again making the simplifying assumption that synapses and neurons can be thought of as single parameters!—coming closer to the size of a human brain.

TensorFlow is a Python library for numerical computing that has been built with deep learning (and other kinds of machine learning) in mind. Specifically, TensorFlow can make use of GPUs (the processors on your graphics card) to speed up computations. And TensorFlow has built-in functionality for differential calculus, the branch of mathematics that underlies the training of neural networks.

You can think of TensorFlow as NumPy for deep learning. We won't use TensorFlow directly though. Instead, we'll use Keras, which provides a more user-friendly and high-level interface to TensorFlow.

Keras is a high-level API for deep learning. Keras is built on top of TensorFlow, and provides classes and functions that make it really easy to work with neural networks.

Now let's get started! This course consists of four chapters. Each chapter builds on the previous chapters, so it is recommended to follow the chapters in order!

You're done with this section!